What to Expect in Boston?

Good takeoff.  Briget is writing a post and I am screwing around with my phone.  Just remembered to turn off my morning work alarm, whew! 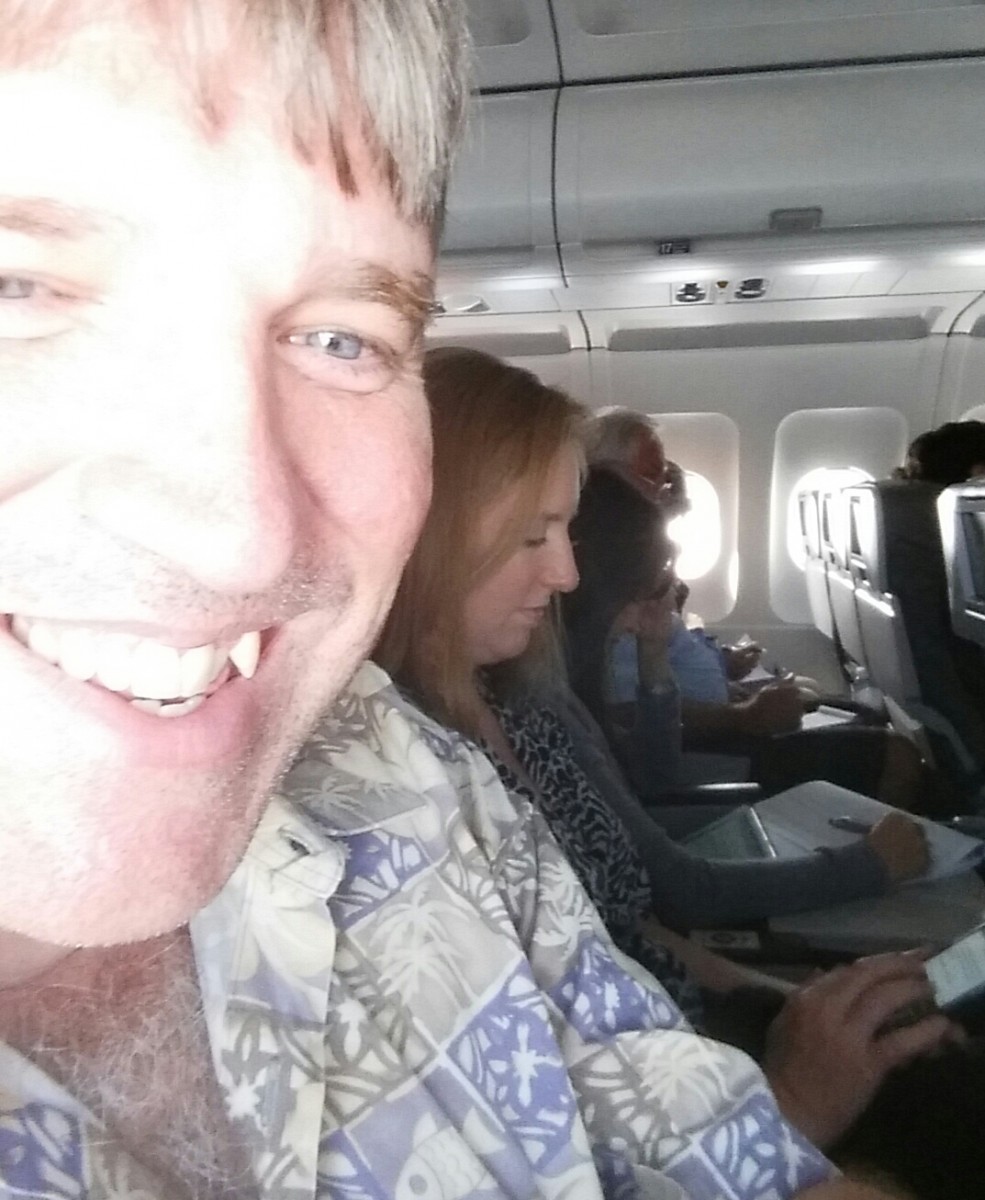 What did you expect? A photo of the wing and sky?

It has been nearly a year since our last (epic month in England) trip.  For Boston we have a purpose, the Ig Nobel Awards, but we look forward to the Freedom Trail, the Harbor and at least one ghost tour.  Nearly everyone has suggested the Trail.

In other news, while writing this, and soon after discussing “do Bostonians actually talk like that” referring to the stereotypical “paak the caa” accent that people joke about, the 57 year old self employed contractor* in the seat behind us on the plane started talking to his seat neighbor.  Wow!  Okay, at least some of them do.  Not only that but he was talking about how he wants to buy a little place to retire to Florida.

* Mr. Passenger was an über stereotype.  Talking about his work, his house, his pets, his wife; and everything he mentioned had a dollar amount on it.  Really, every single thing.  From his $6,000 counter top to his wife’s $10,000 ring to his $700 hotel stay for four nights.  Most other things had additional stats.  He ran away from home at 15, his kitchen is 35 feet long and cuts himself every time he does construction and he has a ceiling fan in every room of his house.  I know nothing about his seat neighbor except that she is unmarried.  Maybe headphones will be useful on flights.

Posted under Boston 2014 and tagged with places to go, stereotypes
Comments (0)